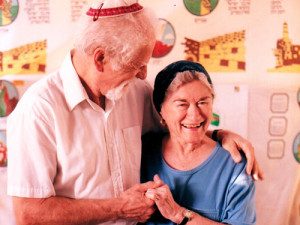 What do Yosef from Netanya, Judith from Bnei-Brak and Tal from Be’er Sheva have in common?

All three of them are thankful to a single family from Maale Adumim for the opportunity to receive financial aid with dignity.

Yosef was looking for a way to finance his academic studies, Judith found she had to purchase expensive medical equipment and Tal was at a loss as to how to overcome his financial difficulties.

Each had a different reason to seek aid, and all found a solution by taking an interest-free loan which was made possible thanks to the actions of Steven and Faith Cohen as well as the giving initiative of the Cohen’s children.

In celebration of their parents’ 40th wedding anniversary, the Cohen children decided to give their parents a unique gift by establishing a Named Loan Fund in their name at the Israel Free Loan Association (IFLA).

Aided in their efforts by family and friends, the loan fund continued to grow over the years thanks to continued donations made by the family to commemorate family events and special occasions.

Thanks to IFLA’s model of constant recycling of loan repayments, the Cohen’s fund has already distributed 5 times more money than they originally donated as well as provided a total of 114 loans to families of working Israelis in need!

Speaking of the fund, Faith tell us that “its one gigantic, gorgeous gift that’s been very meaningful and satisfying for us”.

The Cohen family chose to give through IFLA, who for the last twenty-five years has been working to aid working Israelis in need as well as small businesses. Throughout the years IFLA has provided loans to tens of thousands of Israelis, amounting to almost one billion shekels.

Join the Cohens and other supporters of the Israel Free Loan Association – with your donation we will act together to empower those in need and strengthen Israeli society!